Home / News / Completion of the rewetting measures in the Biesenthaler Becken 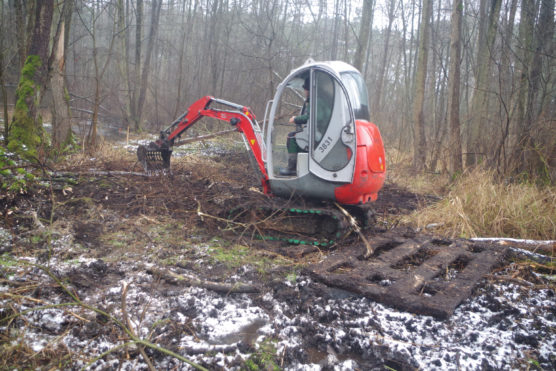 The small excavator driving on pallets is used to seal side ditches opening into the Pfauenfließ with logs, branches and soil material. Such ditch seals were created at a total of over 40 sites. Photo: Jonathan Etzold 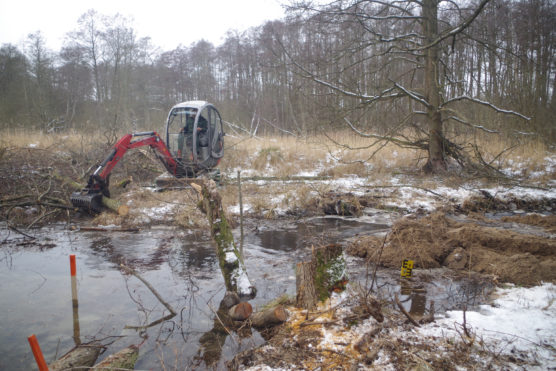 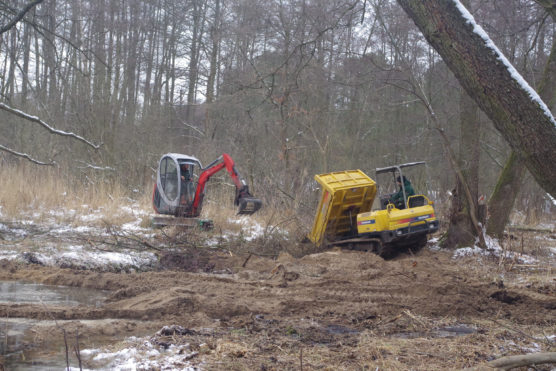 Shortly before the mouth of the Pfauenfließ into the Finow River, a 60-meter-long so-called bottom sluice was installed to significantly raise the water level in the peatland area above. For this purpose, logs were installed transversely as steps and the spaces in between were filled with branches and mineral soil. Photos: Jonathan Etzold 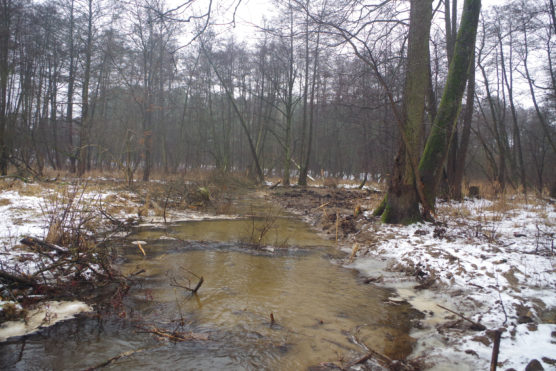 View in the direction of flow along the completed invert sluice. This picture shows that the ecologically important continuity of a natural watercourse has been preserved. Due to the regrowing vegetation, the traces of the renaturation work will no longer be visible in the terrain after a short time. Photo: Jonathan Etzold 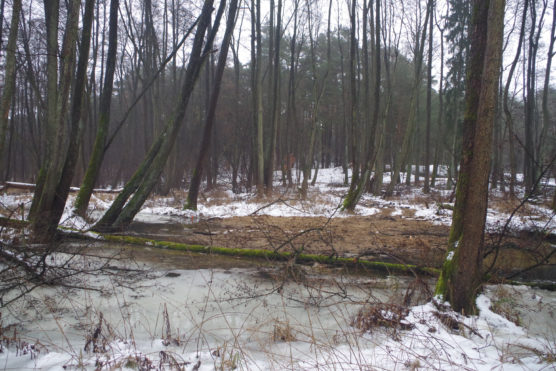 The water level in the Pfauenfließ was also increased 500 m upstream of the bottom sluice by reducing the cross-section of the watercourse. This was done by installing logs, branches and soil material. Photo: Jonathan Etzold 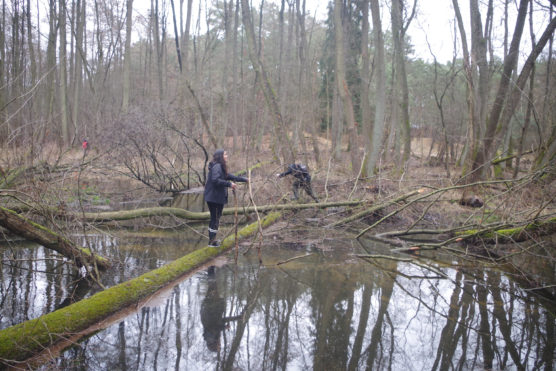 A higher water level in the Pfauenfließ will reduce the loss of peat in this peatland and in the best case lead to a regeneration of the peatland. Dry feet will then no longer be able to cross the peatland. Photo: Jonathan Etzold